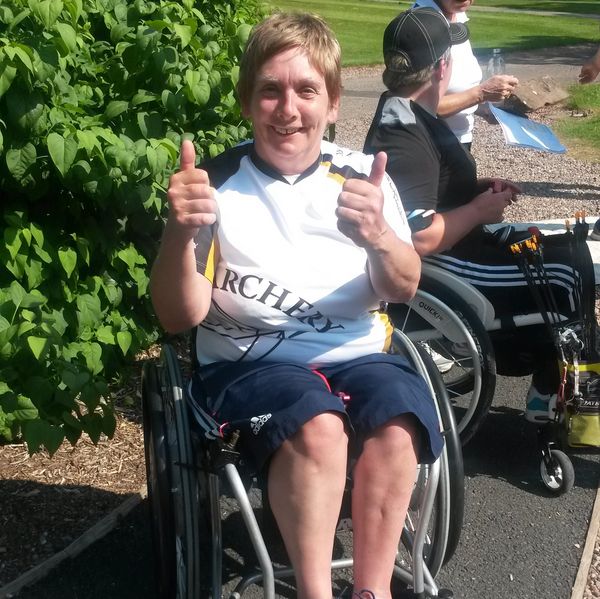 Archery GB is pleased to announce the British archers who will be competing in the Para-Archery World Ranking Tournament in the Czech Republic.

The tournament, which our athletes are using as training preparation in the run-up to the Paralympics, is being held in Nove Mesto and runs from 13 to 19 June.

The athletes who will be taking part are:

You can find out more about the tournament here.

While some of the club were cooking at Lilleshall, lots of the Horde from Llantarnam Archery Club were enjoying the sunshine and melting at Cymric Archers Outdoor Tournament in Pembrey on the weekend of 4th and 5th June 2016.

A good, if very hot, day was had by all with gold medals going to Mairi, Sam and Jack. Silver medals went to Vicky Flanagan and Ben and Camron, Darran, Nigel Farr and Debbie bringing home bronze medals.

Along with this bunch of medals Vicky, Phil, Mairi and Jack are claiming their FITA star badges, Jack also went home with a six gold end and a claim to a new Welsh record, and Mairi shot some JMB scores.

An excellent weekend of shooting and socialising.

A exciting three days of competition were seen at the UK Masters on the weekend of 4th and 5th June 2016, with more than 130 archers taking full advantage of the opportunity to be part of the invitation-only event at Lilleshall.

The event’s format was a ranking round of 70 metres for recurves and 50 metres for compounds on Saturday followed by an individual head to head. On Sunday, men and women from both disciplines shot a World Archery 1440 round. Barebows and longbows shot on a full single 80cm face at both 50 and 30 metres.

On the first day the weather was overcast with only a light breeze. Later on the temperature picked up and the sun came out.

Colin Williams (compound) became a temporary Llantarnam Archer. Colin got through to the third round before getting knocked out.

Steve Edwards managed the second round but again put in a PB.

Kayleigh Bylis tried and tried but just couldn’t get a big score together and went out in the first round.

Jonathan Dyke did it the hard way but saw off a couple of top seeds and got a well deserved third place.

On Day Two of the UK Masters the weather started off quite cool and overcast with breeze. Later the sun came out and cooked everyone.

Jonathan Dyke tried to duplicate day one and get a win of some sort but a bad 50 cost him, plus one in the woodwork didn’t help. Even the longbowers disowned him as they reckoned it should have gone in the grass to join the longbow club. Still he had a third on Saturday and a final of tenth place.

Steve Edwards had a couple of PB ends and was overall pleased with his day. “Arf an arra” Kayleigh shot a lot better today, apart from trying to break all her arras against the woodwork. The field party are still looking for the front half of one. “Still can’t believe I lost half an arrow… skill of a master bowmen right there…”

The roving reporters, Mrs Edwards and Peter Dyke went off to see how Dave Phillips was getting on. He’d been having problems. with his seat on the shooting line. He’d managed to get a different one and whilst we were there won a knock-out match which came down to a one arrow shoot off. [Read more on how Dave got on].

Congratulations to Nicola Phillips of St Kingsmark Bowmen on some excellent shooting: she made it to seventh position in the head-to-head on the Saturday and sixth overall after putting in her third Master Bowman score of the outdoor season in the FITA on the Sunday. She will get to shoot there again next year!

A good weekend was had by all. Not all plans came to fruition but as they say “lessons have been learned”.

Click on the links to find the full results from Saturday and Sunday. 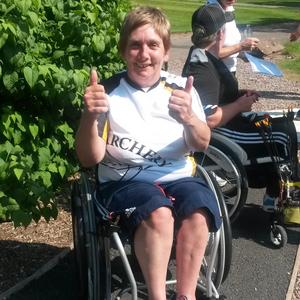 The competition of the final day of the Para Rio selection shoot matched the weather on Sunday, with a new world record and tense one arrow shoot-offs.

The final day of the Para Rio selection shoot saw sizzling performances from all who took part. There was no room for error and the stakes were high, as the archers battled it out to secure their places for the ten Rio spaces that were up for grabs.

The event which was streamed live for the first time in its history saw W1 Jo Frith set a new world record (subject to ratification) with a score of 144 for a 15 arrow pass, breaking her own previous world record of 141.

Jo said: “It’s been a tough four days for me, and to come out on the final day when I’m tired and it’s the end of a long competition. I came out it was perfect conditions this morning and I just relaxed and let my shot flow, I got into a rhythm and to beat my record by three points is unbelievable!”

There were some tense matches throughout the day, one of which came from Dave Philips [of Llantarnam Archery Club] who won his second and final match on a one arrow shoot off against William Fortnam in order to finish in first place in the recurve men open category.

“Towards the end of the shoot I was getting my confidence back,” said Dave Phillips. “I knew where the middle was and as long as I got my timing sorted I was confident the arrow was going to go in the middle.”

Jodie Grinham who finished in first place out of the compound women, put in an outstanding performance for the final match of the day against Paralympic silver medallist Mel Clarke. After a score of 135-135 the match went to a one arrow shoot off in which they both put in a nine line cutter, with Jodie’s arrow finally being judged as closer to the center.

“This was my toughest match because it was so close,” said Jodie “Mel started started off with a two point lead and then I took it back so we were neck and neck all the way. Then to take it to a shoot off was brilliant and for me to not be able to judge it well enough to what I needed to do, it was a great learning curve, great pressured situation, I loved it, absolutely loved it!”

The Paralympic Team will be announced by the BPA later in the month.

Cumulative scores from the top two places in each category can be viewed below:

Gwent Records for the Longbows

Nicola beat her own Hereford Ladies Longbow record by 114 points with a score of 441.

Aubrey established the Gents Longbow record for the York with a score of 164.

And let’s not forget about Andy Tan of Llantarnam Archery Club. He hasn’t been shooting the longbow for very long but he still managed to beat the National Gents Longbow record on 1st May 2016 at Exeter Company of Archers.

The Junior National Outdoor Championships will take place at Lilleshall over the first weekend of July.

The competition on Saturday 2nd July will include the Home Nations Match and we are pleased to announce the following juniors who successfully secured a place on the Welsh Junior Team:

While the juniors are in action at Lilleshall, our seniors will be competing in the Senior Euronations in County Kildare, Ireland over the same weekend. We are pleased to announce the following seniors who have been selected to represent Wales at the event:

Congratulations to all of you and we wish you the best of luck for the competitions at the beginning of July.

A Good Day Out at Black and Gold Archers

It was a good day out at Black and Gold Archers on Sunday 15 May 2016 for archers from St Kingsmark Bowmen.

Personal Bests for Nicola Phillips and John Schurer with a personal worst for Aubrey Murphy and Richard Ridler (due to miscounting arrows!!). Rich was only 1 point away from gaining the 1000 Rose Award by not shooting his last arrow. Doh!

The Longbows have been at it again!

Three longbows ventured out to the UK record status Bath Archers Tournament on Sunday 1st May 2016 and one came back a conqueror.

What a day at Lilleshall! 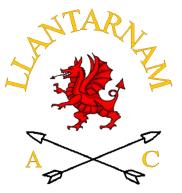 What a day at Lilleshall! Rain, wind and hailstones!

The horde from Llantarnam Archery Club went to the World Record Status Staffordshire Bucks and County Shoot on 30th April and 1st May at the Lilleshall National Sports Centre and came back with a few new Gwent records.

There was a 720 and Head to Head on Saturday, followed by a Double 720 on Sunday.

On the first day, everyone eventually got through to the Head to Head. Jonathan Dyke got first place at the end of the 70m, got 2 byes and knocked out the first opponent. The heavens opened and the Head to Head was called off and cancelled due to bad light and weather.

On day two, unfortunately for some the shoot was not called off. The weather was windy, overcast with occasional showers and cold but no hailstones. Everyone of the Horde shot their best under the conditions, Steve, Thea, Jonathan, Victoria and Dave. A day to dig deep and hang in there. The “roadies” Tasha, Jason, Gail, Katy, and Peter did what they could too bolster the team, but mostly they stayed in their tents trying to keep warm. The first day may have taken its toll on the stamina of all, however Jonathan Dyke managed to win the Bucks prize money (of which 90% was deducted by the roadie/manager) Dave came third in the Bucks and Victoria had a PB for a double 70(1000+). Steve and Thea put up a good fight but ’twas not their day.

A good time was had by all and even though the weather was not the best they still managed to keep the spirits up and had a laugh – or was that a cry?

Congratulations to the following archers on their new Gwent records:

On the Road to Rio – another step closer

Posted by Administrator on 7th May 2016 in Llantarnam Archery Club, Olympics 2016

After an intense weekend of shooting, David Phillips (Llantarnam Archery Club) and Jodie Grinham (AGB Glamorgan) are now following in the footsteps of Bob Hope and Bing Crosby and are on the Road to Rio (for those of you who are too young – I am sure you can find the film on the Internet).

Both Dave and Jodie finished in first place in their respective categories at the end of the weekend and have now been selected to move on the next stage of the Archery GB`s Para Archery Rio Selection shoot. This will take place between the 2nd and 5th June and we wish you both the best of luck on your next steps to Rio and the 2016 Paralympics.